Make a Spay or Neuter Appointment 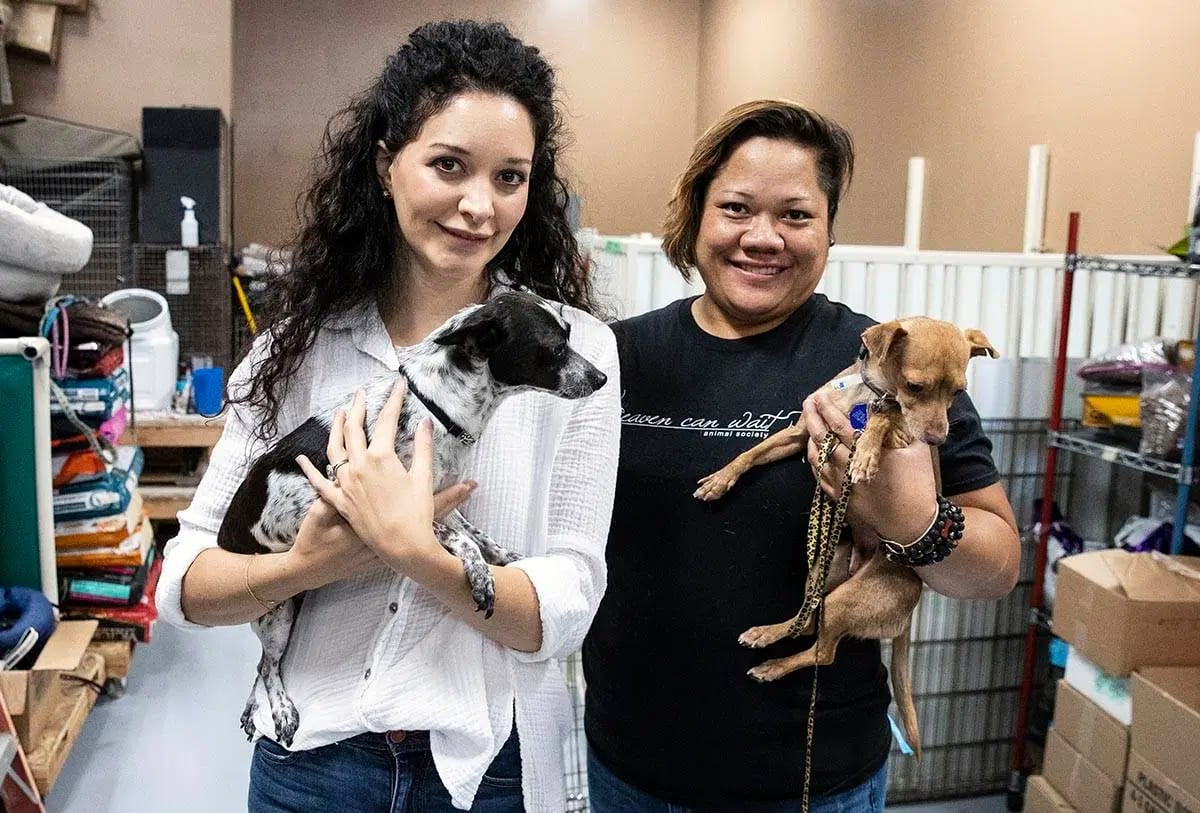 Some Las Vegas shelters see uptick in pets being surrendered

Pet shelters in Nevada and across the nation saw record adoptions last year as many Americans sought new companions to keep them company during stay-at-home orders and quarantines.

Now, as COVID-19 restrictions ease and more Americans get vaccinated, some shelters, including at least two in the Las Vegas Valley, say they are seeing an increase in owners deciding to surrender their pets.

Some shelters around the country have said it’s because new pet owners are returning to their offices or their pre-pandemic lifestyle.

But that’s not necessarily what’s happening in the valley, according to several local animal shelters. The reasons for surrendering an animal aren’t as cut-and-dried as an owner returning to the office, they say.

“I don’t think it’s as simple as people, recently having adopted animals, and are now returning them because they’re going back to work,” said Francesca Fulciniti, executive director of Heaven Can Wait Animal Society. “We haven’t really seen calls from people who are saying, ‘I adopted an animal last year, and I’m going back to work and so I want to surrender this animal.’ It’s a bit more complicated than that.”

An official with one animal shelter, Hearts Alive Village, which helps rescue dogs and cats from an overcrowded shelter system, said pet surrenders have increased in recent months.

“We have definitely seen an increase in surrenders and surrender requests over the past few months,” spokeswoman Sheryl Green said. In most situations, the animals come from loving families who were forced to move to places that don’t allow animals, move in with other family members, or leave the state, Green said.

“Sadly, many of these pet owners have become homeless and made the difficult decision to give up their pet in the animal’s best interest,” she said.

Animal shelters also often maintain rigorous application processes aimed at reducing impulsive decisions that could lead to remorse down the road, to make sure a pet is a good fit for a household and that there is a plan for what life looks like post-pandemic.

Hearts Alive Village’s adoption contract also says that if adopters can no longer care for their animals, they should bring them back to the organization.

“That being said, we haven’t seen an increase in returned animals that have been adopted through our organization,” Green added.

Fulciniti, of Heaven Can Wait Animal Society, said pet surrenders have increased in recent weeks. At the start of the year, the shelter received just a handful of surrenders a month.

“This week alone, we’ve probably had four or five calls from families who were looking to surrender their animals,” Fulciniti told the Review-Journal. “It went from maybe a couple of calls a month at the beginning of the year to four to five each week within the last month.”

“It’s unusual given what we’ve seen over the past year,” Fulciniti added.

The pets surrendered were usually adopted from other organizations or were from out of state.

“Today, we had a family that is moving out of state, and they were unable to take their dog with them. We’ve had calls from people that are selling their homes and moving in with family, and they’re unable to bring their pets,” Fulciniti said.

Not all shelters see spike

In many cases, bringing an animal to the shelter is the last resort. Many owners try to make things work.

“It seems more like people are trying to do right by their pets, but because things are just in such a state of transition right now for so many families, that means that situations for animals are changing as well,” Fulciniti said.

Another local shelter, the Animal Foundation, said it hasn’t seen a spike in surrendered animals.

“Last year was an anomaly, and we are actually below the five-year average for January-April,” Kelsey Pizzi, a spokeswoman for the Animal Foundation, wrote in an email statement. “When it comes to adoption returns, we’ve only seen a slight increase.”

Some resources are available for pet adopters before they surrender their furry friends.

Fulciniti said many organizations, including Heaven Can Wait Animal Society, offer essential veterinary services such as spaying, neutering and vaccinations — which are mostly preventative measures that keep pets healthier.

Many shelters offer similar services at a low cost for adopters. Some organizations also work to make sure families are aware of valley-area pet food banks if a family needs assistance.

“There are different animal welfare nonprofits around town that are aiming to keep animals in homes, so that these challenges of economic hardship aren’t the reasons why people feel that they have to surrender their animals,” Fulciniti said.